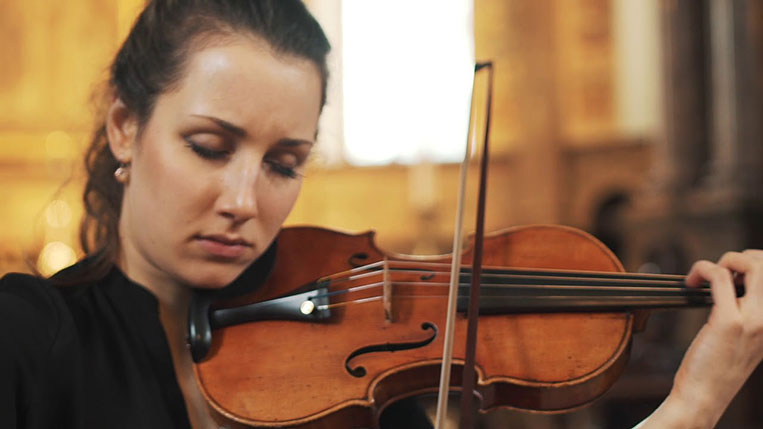 This evening’s concert transports the listener through the turning of the year with Vivaldi’s timeless Four Seasons and the world premiere of Toby Young’s Four motets on The Seasons. The performance also features Bach’s Chaconne for solo violin in a new arrangement for voice and violin performed alongside the chorales on which it is based.

Next Generation Series artist Johanna Roehrig recently completed her master’s degree with distinction and a DipRAM Diploma at the Royal Academy of Music.  She is now studying for her Artist Diploma at the HfMT Hamburg with Prof. Tanja Becker-Bender, and already enjoying a busy schedule performing internationally as a recitalist and concerto soloist.

This concert is in partnership with Oxford Festival of the Arts.