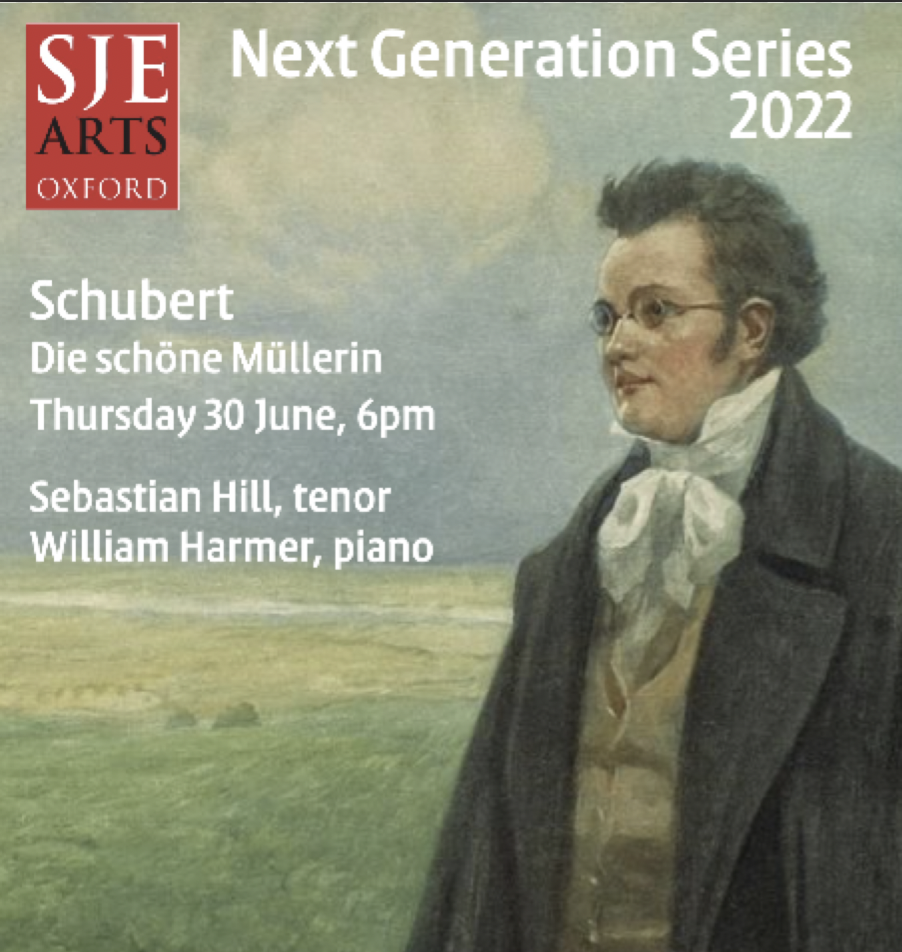 Oxford graduates, Sebastian and Will, perform Schubert’s song cycle Die schöne Müllerin (The Fair Maid of The Mill), a tale of youthful hope and unrequited love. There will be one short interval.

Sebastian is currently a Stipendiary Clerk with Magdalen College Choir, having recently graduated from Oxford University with a first-class degree in Music. He has performed with ensembles such as Stile Antico, the Oxford Bach Soloists and Ex Cathedra. Sebastian features on the 2019 CD of Tudor Christmas Music released by the Trinity Boys’ Choir, as well as on Magdalen’s 2020 CD ‘Sing, Precious Music’. He has performed at the Utrecht Early music festival and the Three Choirs Festival, and was chosen as Oxford’s representative for the Anthony Lewis Memorial Prize Competition. Sebastian studies with Giles Underwood, and has benefitted from coaching with Roddy Williams, James Gilchrist and Mark Padmore.

Will is a composer and pianist who recently graduated from Worcester College, Oxford, studying piano with Anna Tilbrook and composition with Robert Saxton. In 2017, Will won the BBC Proms Inspire Competition and was subsequently commissioned by the BBC Singers to compose ‘Voyage of the Soul’, a piece commemorating the Apollo 11 Moon Landings which was broadcast on Radio 3 last year. In 2020, Will’s piece for French Horn ‘Cetus’ was performed on BBC radio and television by Annemarie Federle as part of the BBC Young Musician. This year he is a Graduate Choral Assistant at Keble College and works as a teacher at Oxford Youth Choirs, Dragon School and Carfax College.