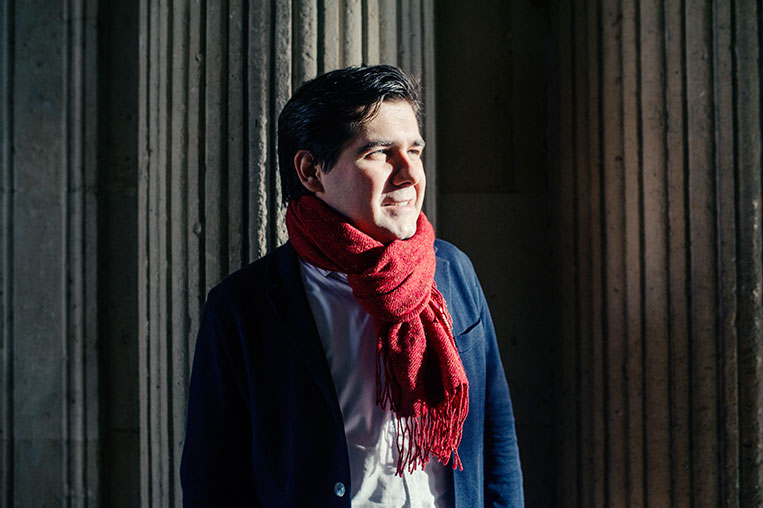 Ukranian pianist, Vadym Kholodenko, gave a superb performance in the 2020 SJE Arts International Piano Series. He returns by popular demand with a programme that includes Liszt’s masterful distillations of opera for the piano and his transcriptions of two of Beethoven’s most lovely songs.

Fast building a reputation as one of the most musically dynamic and technically gifted young pianists, Vadym Kholodenko’s accolades include Gold Medal of the 2013 Van Cliburn Competition, a prestigious Diapason d’Or de l’année for his solo disc of Scriabin for Harmonia Mundi and First Prize at both the Schubert Piano Competition in Dortmund and Sendai Piano Competition in Japan.

He has performed with distinguished conductors such as Valery Gergiev, Kirill Karabits, Pinchas Zukerman, Thomas Søndergård and Kazuki Yamada and this current season, is Artist In Residence with the SWR Symphonieorchester in Stuttgart. Elsewhere he performs Beethoven with the BBC Symphony Orchestra, Prokofiev with the BBC National Orchestra of Wales, and returns to the Filarmonica Toscanini in Parma where he was Artist in Residence last season. Recitals include appearances in Rome, Venice, Porto, Toulouse and a tour of North America, including performances in Washington and Miami.

Vadym Kholodenko was born in Kyiv and gave his first concerts at the age of 13 in the USA, China, Hungary and Croatia. He studied at the Moscow State Conservatoire under renowned teacher, Professor Vera Gornostaeva.