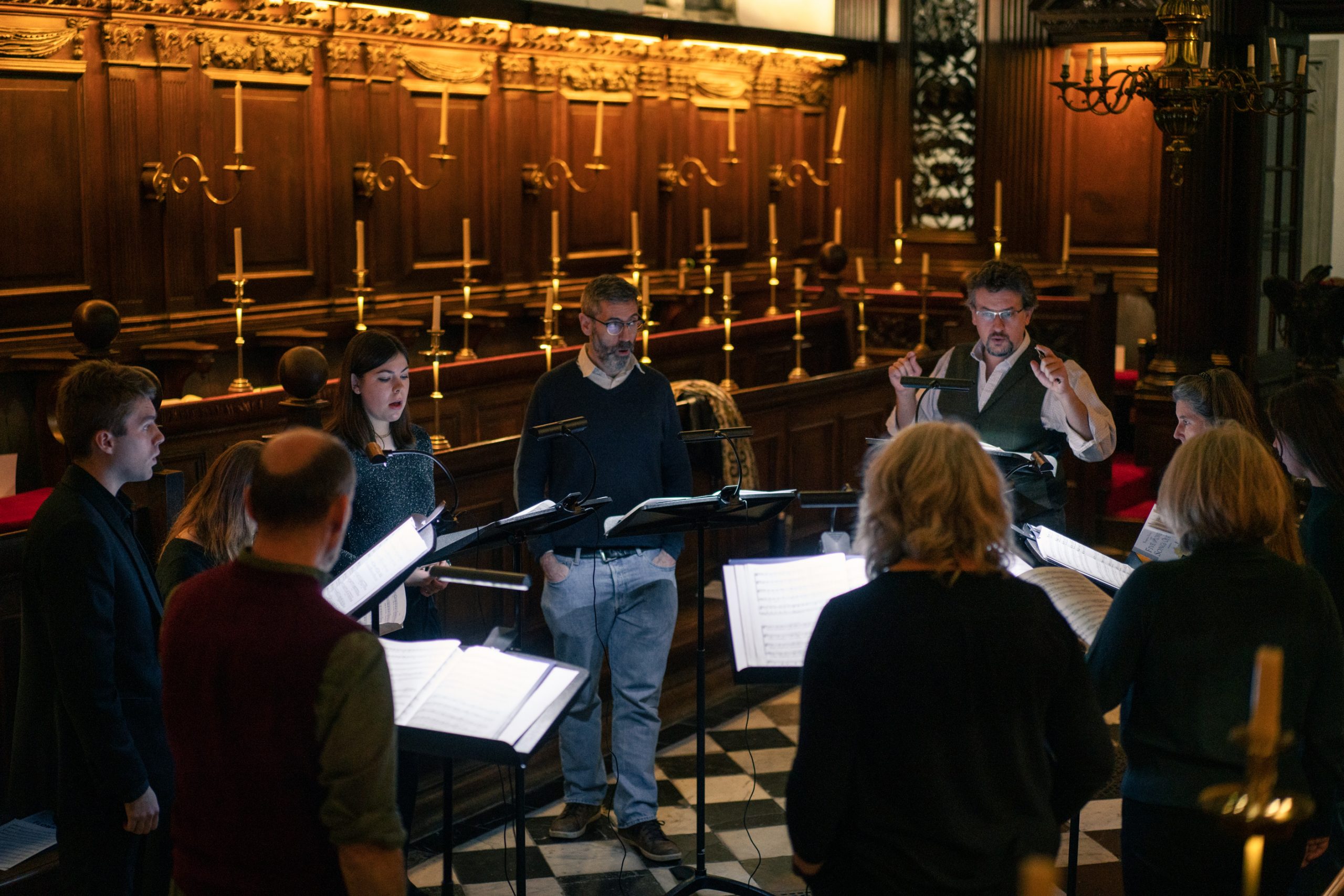 Songs of Hope in Times of Oppression

This concert, given by Martlet Voices and The Chapel Choir of University College, showcases some of the wonderful choral and consort music written by composers of the 20th and 21st centuries who were trying to understand and give voice to living with the oppression and subjugation of war and conflict.

The programme includes music by Roxanna Panufnik, All shall be well, which was commissioned to commemorate the 20th anniversary of the fall of the Berlin Wall. It sets words by Julian of Norwich and a traditional polish hymn. Un soir de neige by Francis Poulenc sets texts by the French poet Paul Eluard, one of whose other poems, Liberté was used as propaganda by the Allies during the Second World War by being dropped as printed leaflets by the RAF over occupied France.

Cecilia McDowall’s Standing as I do before God sets the last words of the nurse, Edith Cavell, who was executed during the First World War for being a collaborator. Adrian Williams’ piece, A smile and ashes is a commentary on the Bosnian conflict and uses words adapted from a poem by Tijuana Miletič and finishes with a chorale-like verse by pre-war poet Jovian Dučič. Richard Rodney Bennett’s A Farewell to Arms sets two poems by Renaissance poets, charting what happens (should happen?) after the end of war.

There will also be music by Pierre Villette, Kerensa Briggs, Ed Rex and Rani Arbo. The concert will mark the beginning of the Oxford-wide celebration of Ralph Vaughan Williams’ 150th anniversary with a performance of his Psalm 23; a choral arrangement of the solo version originally seen in The Pilgrim’s Progress. Philip Moore’s setting of Three Prayers of Dietrich Bonhoeffer is being sung by Martlet Voices – a solo voice consort version of this now iconic choral work. Bonhoeffer was hung in 1945 by the Nazi regime for his writing and beliefs.

Finally, the concert will feature a music by Ilse Weber, who was one of the multitude killed in the gas chambers of Auschwitz. She reportedly sang her songs to help keep the children calm as they, like her, were being gassed.

Tickets on the door or in advance by e-mailing julie.boyle@univ.ox.ac.uk