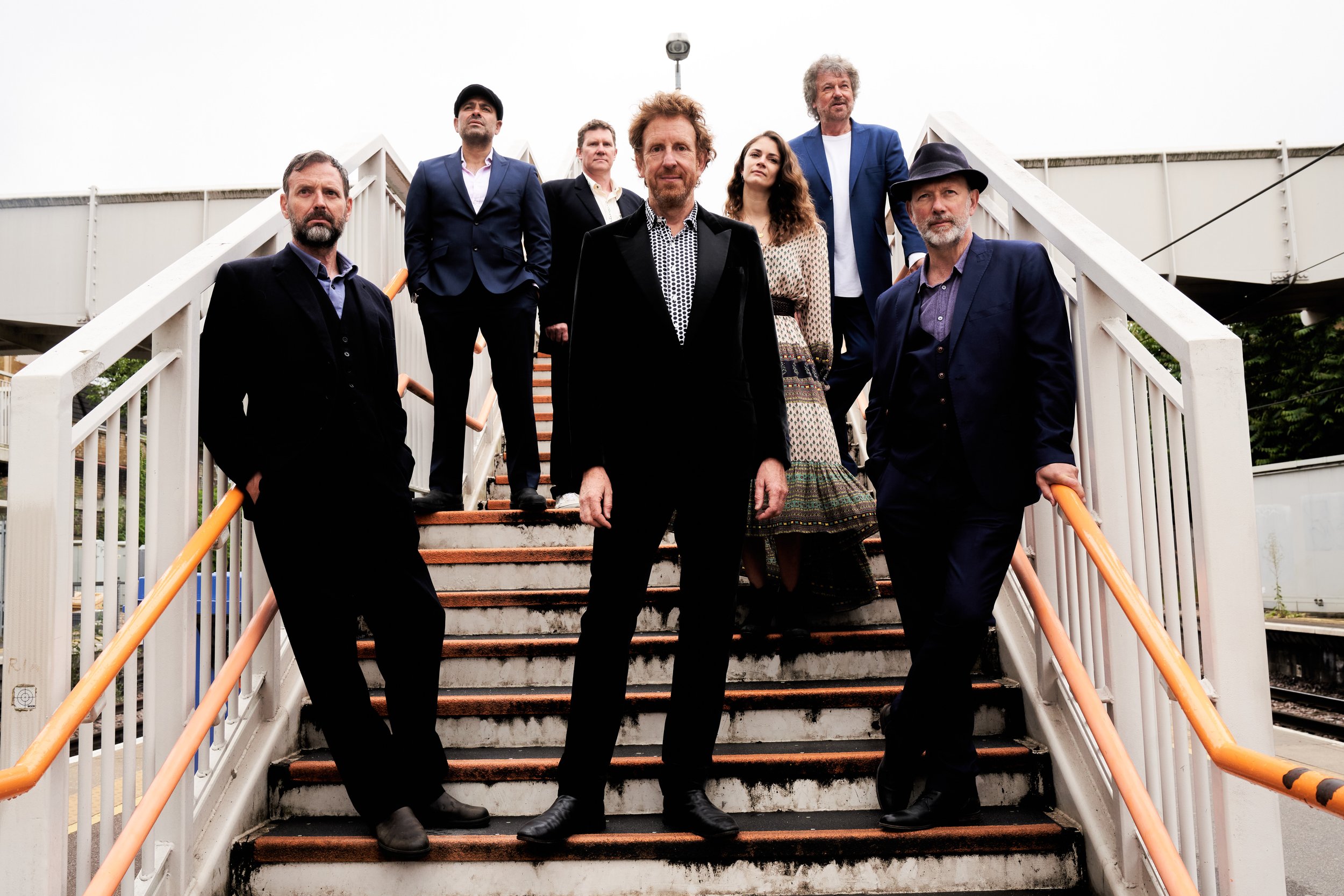 ‘Brilliant’ song-writing, ‘sensational’ harmonies, ‘fantastic’ musicianship, ‘joyous’ live performances – just a fraction of the accolades gathered by Police Dog Hogan at their ‘now-legendary’ live gigs. The 7-piece outfit has been attracting similar reviews for more than ten years now.
Singer-songwriter and acoustic guitarist James Studholme is at the helm, supported by fiddle, banjo, accordion, trumpet, bass and drums. These varied instruments allow the band to create a mosaic of sounds and songs including husky ballads mourning lost loves, foot-stompers about the West Country and full-throated, multi-harmony anthems. Their song ‘Devon Brigade’ was nominated for Song of the Year at the 2018 Americana Music awards.
The band’s eagerly-awaited new album ‘Overground’ has been described as ‘their best ever’ and they’ll play tracks from it, as well as some of their most-loved songs, on their upcoming tour of the UK.

‘They manage to fuse bluegrass, folk, country and more in a way that few others can match.’ RnR Magazine