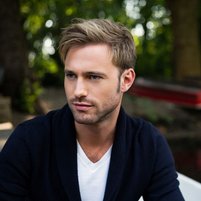 Benjamin Appl explores repertoire inspired by or written in the USA, but by composers who were not themselves American: Korngold, Dvorák, Weill, Schoenberg, and the Anglo-American Rebecca Clarke. The exception is a set of three songs by Samuel Barber that was composed for the great German baritone Dietrich Fischer-Dieskau.