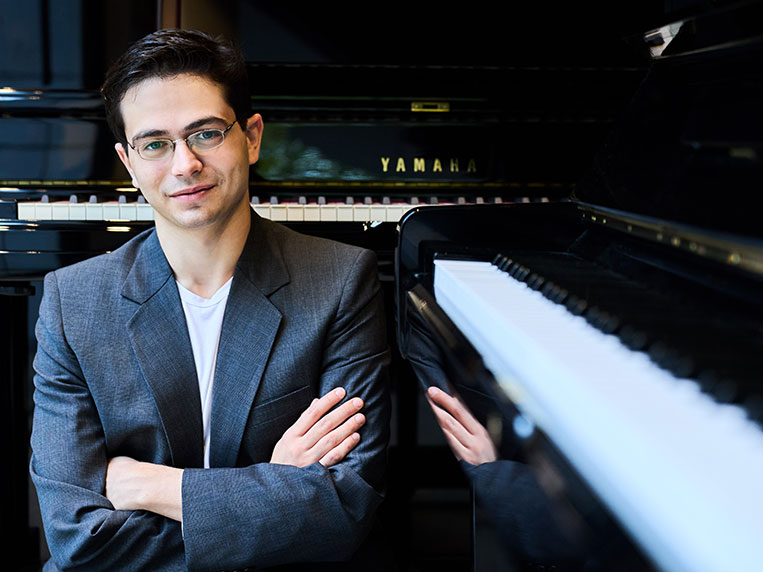 In 2021 Ariel won 3rd Prize at the Leeds International Piano Competition, performing Brahms Concerto No.2 with the Royal Liverpool Philharmonic Orchestra conducted by Andrew Manze in the Finals. In the same year he was a prize winner in the inaugural Young Classical Artists Trust (London) and Concert Artists Guild (New York) International Auditions.

Over the summer Ariel made his debut at Wigmore Hall and participated in the Marlboro Music Festival in Vermont, alongside renowned artists such as Mitsuko Uchida and Jonathan Biss.  His recording of music by Schubert for Linn Records was also released. In the 2021/22 season he returns to give performances in the Miami Piano Festival and at Wigmore Hall, as well as recitals in Rome and across the UK, and performances with orchestras in Israel and in the United States.

This concert is supported by the Countess of Munster Musical Trust.