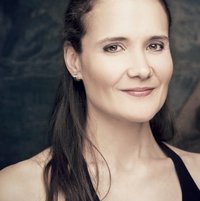 A top trio of artists perform songs and duets by Robert and Clara Schumann. The centrepiece of the programme is Robert Schumann’s Kerner Lieder, shared between both singers. These songs were the first written after his long-thwarted marriage to Clara and represent an important stylistic change from the songs written in the fraught build-up to the marriage; more introspective and in places unbearably poignant. Alongside this cycle, they include some of Clara Schumann’s songs, which now occupy a justly popular place in the song canon, and several duets.