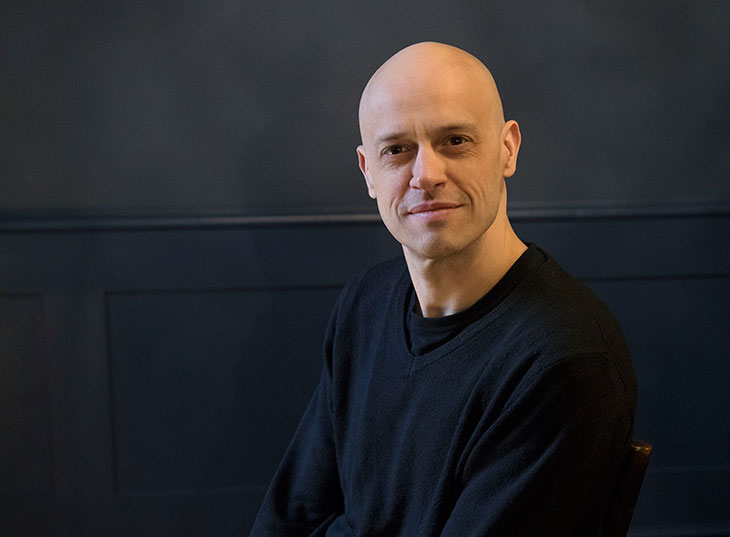 Viv McLean – winner of the 2002 Maria Canals International Piano Competition in Barcelona – was amongst our earliest performers at SJE and he has been back many times since. Memorable concerts include a Gershwin evening with singer/actor Sarah Gabriel, 4-hands ballet music with fellow pianist Alasdair Beatson, culminating in a thrilling Stravinsky Rite of Spring, and many appearances with the Adderbury Ensemble and David le Page.  In 2014 Viv gave an acclaimed performance in the SJE Arts Piano Series with a programme that included a selection of Chopin nocturnes and ballades and Beethoven’s ‘Waldstein’ sonata.

This evening Viv plays two further Beethoven sonatas, No. 8 in C-minor named the ‘Pathétique’ for its drama and passion, and from the final magnificent trio, the middle sonata, No. 31 in A-flat major. His programme also includes a contemporary piano miniature by British composer Howard Skempton. In the composer’s words: ‘Whispers is quiet and spacious. The gently sonorous opening bars return after a lightly animated central section. The change of pace reflects the fact that whispering can be either tender or moderately urgent.’ This piece was premiered in Norwich, December 2000, by Viv McLean.