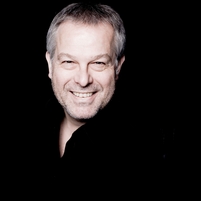 Wagner’s Wesendonck Lieder were written in 1857/8 while the composer was working on Tristan und Isolde, and two of the songs are directly labelled ‘studies’ for the opera. The texts were written by Mathilde Wesendonck, the wife of one of Wagner’s patrons, with whom it is sometimes claimed Wagner had an affair. The first edition of 1862 had no name attributed to the text, and it was not until after her death in 1902 that this was revealed. The great German tenor Christoph Prégardien and revered pianist-composer Michael Gees perform these alongside a selection of songs by Henri Duparc, who was heavily influenced by Wagner. Although Duparc lived until he was 85, he stopped composing at the age of 37, and later destroyed most of his music. Thankfully, he left 17 songs, that are considered among the finest of the French song repertoire. In between these groups, we hear one of Michael Gees’ legendary improvisations.