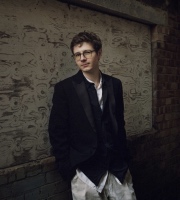 Marcel Proust (1871-1922) loved music – it flowed through his books; composers and musicians were amongst his closest friends. In Proust’s anniversary year, Pavel Kolesnikov pays homage with a programme that explores, and goes beyond, fin de siècle Paris salon life. It looks also into the world of Proust’s imagination and draws on a connection with Schubert, the ability they shared to stretch and play with the concept of time. In Pavel’s words, “Here everything – Schubert, the French late romantic and Proust – merges in a miraculous way.”

Born in Siberia, Pavel Kolesnikov claimed international attention in 2012 when he became Prize Laureate of the Honens International Piano Competition. He has since performed worldwide and has gained a reputation as a supremely intelligent, imaginative and sensitive player. In 2020/2021 his focus was Bach’s Goldberg Variations with a critically acclaimed recording for Hyperion, a performance at the BBC Proms and a fascinating project with the Rosas Dance Company, performing the Variations in combination with the company’s founder, choreographer and dancer, Anne Teresa De Keersmaeker.