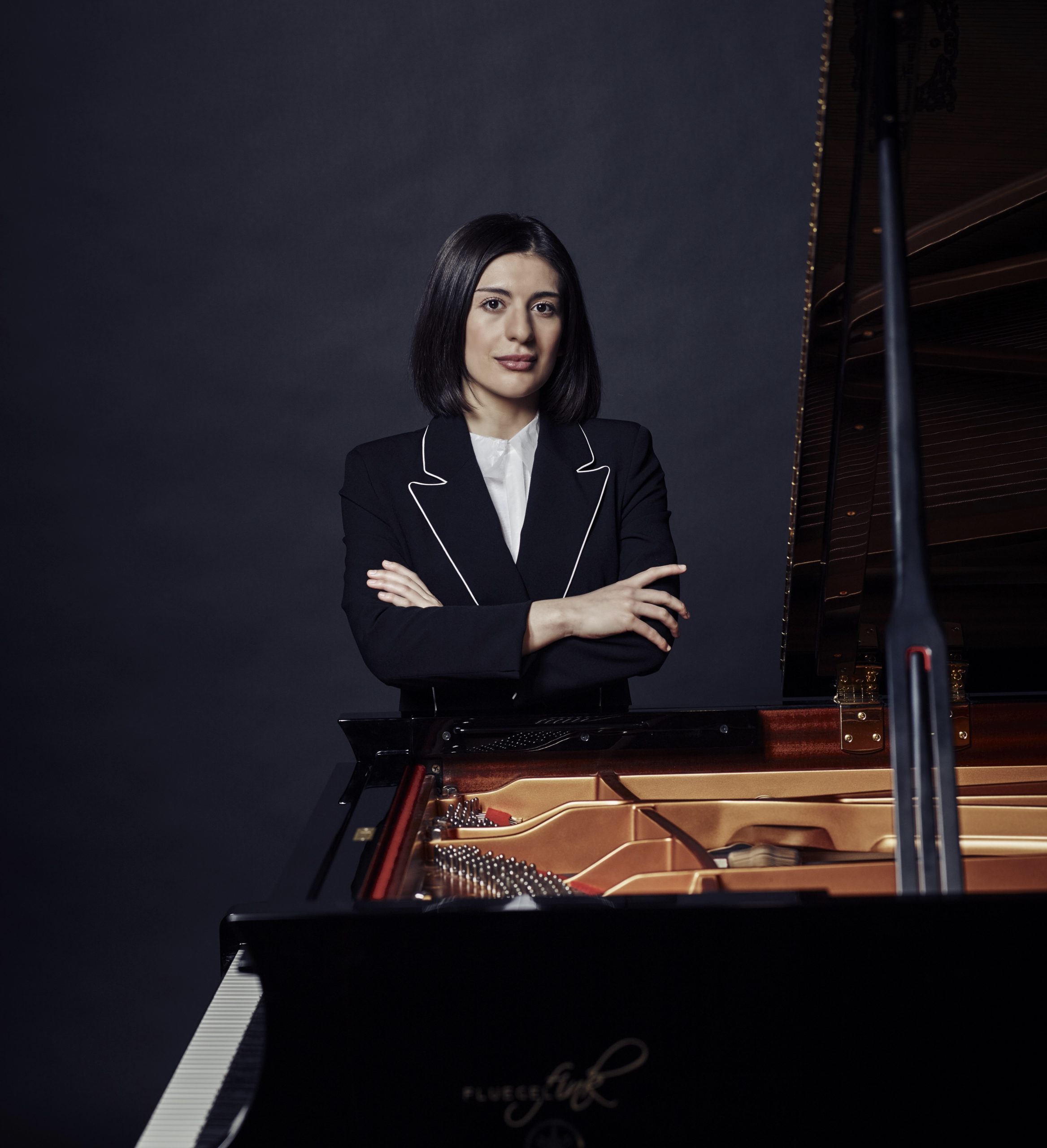 This is the revised date for Mariam Batsashvili’s concert originally scheduled for 11 January.

Georgian pianist, Mariam Batsashvili, makes her first appearance in the SJE Arts International Piano Series. First prize winner at the 2014 International Franz Liszt Piano Competition, Mariam Batsashvili has received much critical acclaim for her interpretations of Liszt’s music. Tonight, her programme leads from Beethoven, through Schubert to Liszt and begins with Beethoven’s stormy Sonata in F minor, ‘Appassionata’. Liszt admired all Beethoven’s piano sonatas and ‘Appassionata’ was one that he performed frequently.

As a BBC New Generation Artist 2017-2019 Mariam appeared widely in the UK, making her debuts at Cheltenham Festival and at the BBC Proms with the Ulster Orchestra. Recent performances have included her recital debuts at the Vienna Konzerthaus, Fundación Juan March Madrid and Edinburgh Festival and concerto engagements with Munich Symphony Orchestra and Finnish orchestra, Tapiola Sinfonietta.

Signed by Warner Classics, Mariam Batsashvili released her first album, ‘Chopin, Liszt’ in 2019 and her second,  ‘Romantic Piano Masters’ in 2022.

‘Her technical prowess and ability to negotiate Liszt’s showy grandeur is a given, but her sense of his inner world, his wistful, nonchalant poetry…sets her apart as one to watch.’ Fiona Maddocks, The Observer