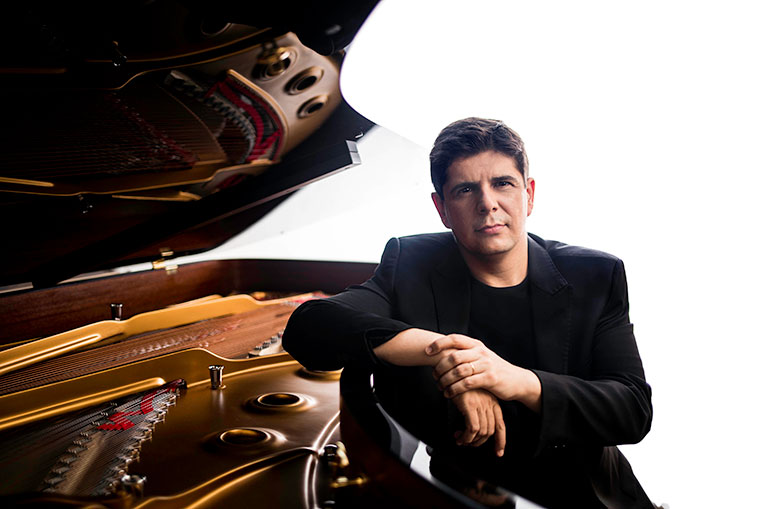 A wonderfully all-Spanish programme from Javier Perianes, bringing together piano suites by three great Spanish composers of the early 20th century, Enrique Granados, Isaac Albéniz and Manuel de Falla. Whereas Granados’ Goyescas and Albéniz’ Iberia are both well known, it will be a rare treat to hear Falla’s gypsy revel El Amor brujo (Love the Magician).

Javier Perianes is one of Spain’s foremost pianists and a regular performer on the international stage. This current season sees him travelling widely in Europe, to North and South America, and to Sydney Opera House in Australia. He performs Mozart Piano Concerto No. 21 with San Francisco Symphony, appears with Aurora Orchestra and Nicholas Collon at King’s Place in London and at the Festival Hall, and premieres Jimmy Lopez’ Piano Concerto with the London Philharmonic Orchestra. He also takes his recital programmes to venues in Spain, Portugal, Italy, Germany, Brazil and Colombia.

Javier records exclusively for Harmonia Mundi. Recent releases include Cantilena, a celebration of music from Spanish and Latin America with violinist Tabea Zimmerman; albums paying tribute to Claude Debussy on the centenary of the composer’s death, including Les Trois Sonates – The Late Works, which won a Gramophone Award in 2019, and his most recent, a recording of Chopin Sonatas.