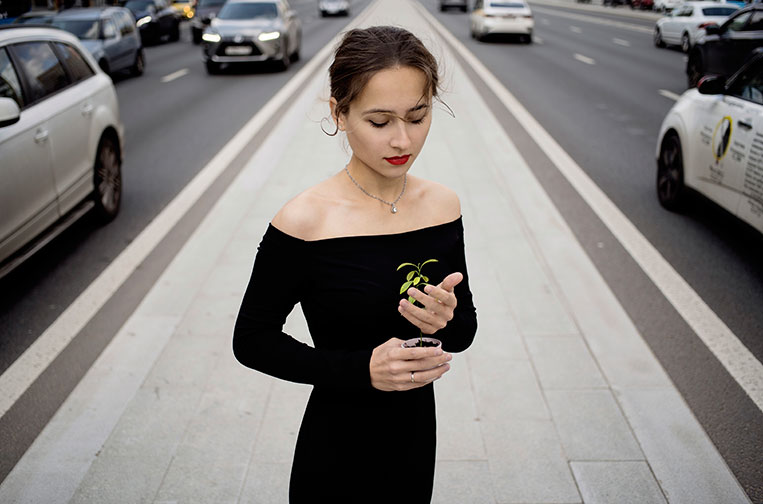 Anna Tsybuleva shot into the international spotlight in 2015 when she won First Prize at the Leeds International Piano Competition, receiving wide critical acclaim for her performance of Brahms Piano Concerto No.2 with the Hallé Orchestra and Sir Mark Elder.

Now a regular performer in major cities worldwide, Tsybuleva’s early experiences were more modest. She was raised in Nizhny Arkhyz, a village of approximately 500 inhabitants in the Karachay-Cherkess Republic of Russia, where nature and the beauty of her surroundings proved a constant source of inspiration. These beginnings have served to feed directly into the development of her unique performance style today, which is one of captivating intimacy, drawing the listener into a private sphere of music-making in even the largest of concert halls.

Recent and forthcoming highlights include major international recital debuts at the Concertgebouw Amsterdam, Paris’ Salle Cortot and the Shanghai Oriental Arts Center. In concerto, she makes her debut with orchestras including the National Philharmonic Orchestra of Russia, Sinfonieorchester Wuppertal, Orquesta Extremadura and the Sichuan Orchestra of China. And in a major season highlight, she embarks on the debut recording of a newly commissioned piano concerto at Abbey Road Studios, with the London Symphony Orchestra and Marin Alsop.