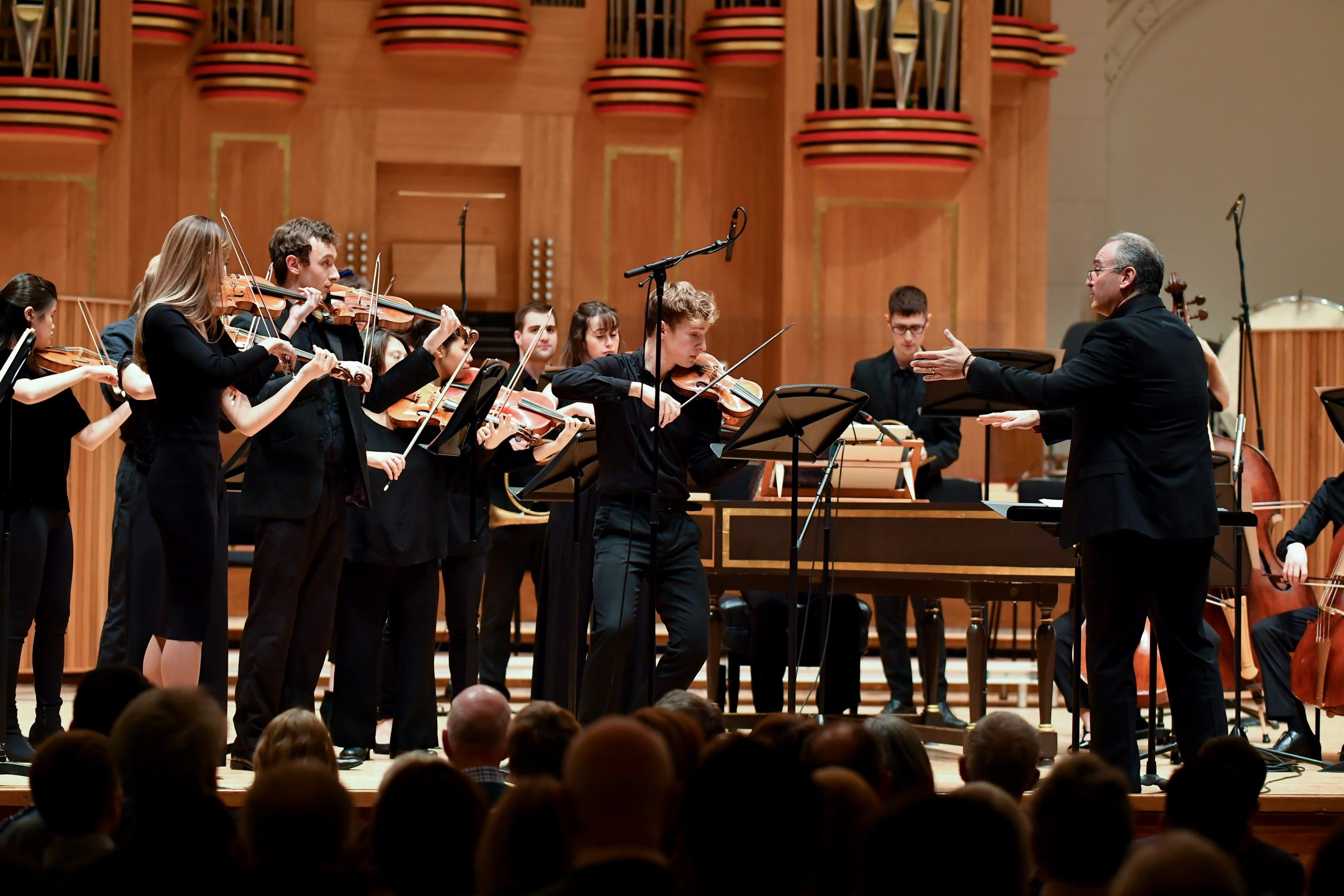 A celebration of the music of J.S. Bach with students from the Royal College of Music’s Historical Performance Faculty, under the direction of their professor, Ashley Solomon.

The RCM Baroque Orchestra makes regular appearances in the RCM’s Amaryllis Fleming Concert Hall, often in collaboration with the RCM Chamber Choir, in a wide range of repertoire including a regular series of Bach cantatas. It has taken part in the BBC Proms in collaboration with the Centre de Musique Baroque de Versailles and in 2017 provided the orchestra for Rameau’s rarely performed opera Les fêtes d’Hébé at the Opera Bastille in Paris. The RCM Chamber Choir came to international prominence during the Thames Diamond Jubilee River Pageant in 2012, overcoming cold and rain to perform at the close of the ceremony to Her late Majesty Queen Elizabeth II.